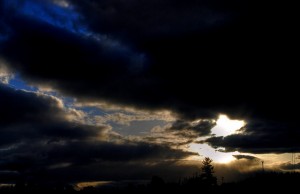 It’s not just interpersonal communication either – language affects how we do business. END_OF_DOCUMENT_TOKEN_TO_BE_REPLACED

I expect the deal has been in the works for some time, but I think it’s a good move; market potential for new versions of Windows and Office is dropping due to saturation and consumer comfort with ever-better versions of both (I’ll be hard pressed to move off of Windows 7, and Office 2007 has done very well for me compared to previous versions). XBox is going strong, sure – but it’s not where Microsoft’s core history has been.

So why does Skype make sense?

Because Microsoft isn’t just about business, it’s about business communications. They’re competing not just with Apple for mindshare and consumer’s hearts, they’re also competing with companies like RIM (BlackBerry), a plethora of productivity apps, an ecosystem of application developers, and more, to do what it initially intended; help people get the things they want to do, done.

Getting things done is important to Microsoft. See the XBox community and it’s achievement system. See Sharepoint, Outlook, and any number of other applications core to Microsoft’s service offerings. There’s a lot Ballmer and the crew can do with a communications infrastructure.

Some things Microsoft may choose to do with Skype include;

Sure, Microsoft could have done this expansion on their own, but consider the cost. Adding Skype’s existing infrastructure to Microsoft’s makes a lot of sense; even if the massive price tag is a convenience fee in part, the cost of not only building a network, but building a service and a community around that network is very large. While Microsoft might be seen as “sinking” some of their capital into Skype’s acquisition, they’re purchasing something invaluable along with the network; time. Now, no matter what MS chooses to do with the new toy they’ve bought, they’ve got the time (and, by extension the agility) do make choices and course corrections they could not have made while committing themselves to building their own, ancillary network beside (but not on top of) Skype’s existing market share.

This was a very shrewd move – and I hope it helps those of us who spend our lives communicating do a better job at that.

What else do you think Microsoft’s getting with this purchase?

2. Make money. You are now a business.

What? It’s simple, right? The trouble with simple is that it often fails to be anything that human endeavour is; simple is rarely interesting, attention-getting, or successful. I’m not saying it’s impossible to be any of these things with simplicity – but it is rare, and it’s never easy.

It’s not just about getting clients, securing contracts, or delivering… well, deliverables.

It can’t just be about doing the business for a while, developing a professional speaking career, and retiring into consultancy.

It should never be about the money – insofar as we always need money, anyway.

It should never, ever, be centered around the transaction and nothing else.

Go ahead. Tell me I’m wrong.

This is a guest post from the brilliant Nic Wirtz – if you’re not familiar with Nic, you’re missing out.

If you have ever tried to learn a foreign language you will know the frustration of reaching a level of comprehension where what you understand is greater than what you can say.

After five years experience of both French and German it was one of those cruel twists of fate that at 17 I decided Spanish was a step too far and being trilingual was sufficient. Trilingual being defined as getting good exam marks but having the grand total of two weeks’ worth of in-country experience. Clearly my crystal ball was out of order that day as 13 years later I found myself on a Spanish-speaking island, engaged to a thankfully bilingual native Spanish speaker. Hindsight’s smug, contemptuous wave reinforced thoughts that the decision to ditch Spanish was not the greatest I’d made.

In a position where the normal skills you possess were fairly useless, base instinct and observation proved a fine alternative.

It seems oxymoronic that a passive skill like observation can have power. We are constantly bombarded by demands for activity. Social media enthusiasts are keen on “ENGAGEMENT”, chanting it like a deranged, but social media aware, Dalek. Engagement is the key to success, everyone from an individual through small businesses to multinationals should be engaging people to progress. The ENGAGEMENTdb report claims that engagement is directly linked to financial success.

Taking a step back and creating time to reflect is akin to dropping out and leading an alternative lifestyle and this is where proponents of engagement miss out. Where is the analysis? Where is the relaxation time where we are at our most creative? Where is the chance to reflect on a problem rather than outsourcing it to our network?

We learn more when we our taken out of our comfort zone than when we are enmeshed in it. The computer screen for many of us is our comfort zone, perhaps to the extent of creating different off/online personas in some. I am happy to describe myself as a homebody but leaving England and living in a foreign land has been the biggest confidence boost I’ve experienced.

Actual living, not location independence living with weeks here and there, generally at a tourist trap, but actually living. Seeing the day-to-day struggles of a country where 56% of the population live in poverty and 17% on less than a dollar a day. Observing basic life where getting to the next day is a triumph in itself is humbling.

Doing business in a foreign land is a race to understand culture, language, history and more. The empowerment occurs when you don’t have a fancy command of a language, all the latest electronic toys and whatever business trend is all the rage. Observation is empowerment, when you and your gut is the only thing you can rely on.

Having spent five years with a gradually increasing command of Spanish, I’m happy to report that I rely much more on my observation and instincts than I do what people are saying to me. Although there have been moves to debunk the 93% of communication is non-verbal myth, the myth originated from a UCLA study that said up to 93% of communication effectiveness is determined by non-verbal cues. Another study concluded that non-verbal communication was closer to 55%.

How often do you test that theory?

Why are we so hooked up on what people say or write? Adults train themselves for years on how to lie verbally, whether it is in business, to their spouses or to their kids.

Observing gives many advantages to those that do it well. A better understanding of our relationships, improved decision-making skills, problem solving and problem awareness. Arguably the greatest skill to have in any customer service business is the ability to listen. From listening we can find the best ways to help and influence our clients. If you see your role as a blogger or manager as a facilitator or knowledge steward, observing is imperative. Collaboration is another keyword in progressive business and if this is to continue, an observer is necessary to collate and dispense shared knowledge.

Two of the most passive skills we have are incredibly important to our continued success. Coincidentally one benefit of passive skills that most bloggers practice regularly is an observational one – recognizing and emulating successful behaviour. The influence that the high profile bloggers have rubs off on others, so in our rush to engage we are also absorbing

Has my reliance on observation been a success? Perhaps personally more than business-wise, although that is coming now social media is filtering out of the North America/Asia/European bastions. More and more business are asking what is this Twitter or Facebook thing and how can it help us? Currently I am aiding a UNESCO city of culture in its attempt to re-establish itself as a tourist destination.  This has been a detour from my past experiences but a fascinating opportunity for highlighting social media.

In future, if it gets to a stage where I am going to have to take a more active part in meetings, I will be using a colleague to just sit in on them. No participation, little if any note taking, just observing.

Now over to you. Is your business actively promoting passive skills? What success stories have you had from doing so?

If you have read this post and still want to connect with Nic, he’s currently camped out on Twitter @nicwirtz.