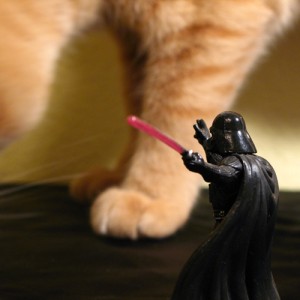 We all want to be bigger than we are.

Sadly, growth is complicated. Becoming a giant – no matter your field – takes time, diligence, and attention to goals. Where do we begin? Where do we stop? How much is enough, or too much? Which kind to focus on? Personal, professional, physical advancement?

Growth requires effort – and it can’t be faked.

It turns out there are a number of ways to give the impression of being bigger, without actually changing yourself at all.

Sleight of mind such as;

1. Standing on the shoulders of giants and pretending to be tall. This one’s a classic. Perfect example; managing to guest post on a high powered blog, and touting that as your “arrival” as an expert in your field. This isn’t just foolish, it’s ephemeral; your posturing is temporary, no matter how many places you reference your own success.
2. Make everything around you small – and pretend to be big. This is the worst. This is what happens when you attack others, constantly deride their work, and tear at the things they’re doing to be successful.

Why be that jerk? Why tear other people down, or focus on impermanent improvement and posturing?

Instead, why not focus on the ways you can actually get big?
3. Grow – and keep growing! This is the hardest – but also the best and most permanent of the ways you can grow. It’s difficult to find advice on how to grow, that isn’t either fluff, self-help, or vanilla cheerleading.

These have their place… For a while. But no one can really tell you how to grow.

Go figure it out for yourself. Tell us how it goes, ok? If you’re aspiring to something – you aren’t that something yet, are you?

Aspiration isn’t a bad thing on its own. We all have things we want to do with our lives. However, I’m finding I have a problem with anyone declaring they are an aspiring anything. “Aspiring marketer” or “aspiring author” – you’re basically claiming an adjunct to something that you aren’t. I could say I’m an aspiring fighter pilot, never do anything about it, and never be forced to lose the title associating me with airplanes. It’s misleading, not just to people I tell, but to myself as well.

Aspiration is not the same as enthusiasm.

Being an enthusiast is different, and it’s worth mentioning because people so often misuse the idea of aspiration to describe their status as an enthusiast. Being a media enthusiast covers a very different set of expectations, for the claimant and for their audience, than does a claim to being an aspiring media professional. Yet, we misinterpret the use of aspiration as being simply an extension of enthusiasm.

Enthusiasm is a good thing – until it goes too far.

Fanatics and stalkers aren’t limited to sports teams and people. Stalking an aspiration happens more often than I think we’d like to admit; our ambitions usually push us to action, but in some cases, can become the cart before the horse, causing us to be led by our perceived calling.

Being In Love with a concept, position or personal trajectory, without recognizing the phenomenon, can be dangerous.

It’s off-putting. You’ve seen this happen – some of us have had it happen to ourselves, even. The pattern is always the same; someone begins to insinuate themselves in a situation, and eventually instigates some form of change. The aim, naturally, is to fix the problem, or arrive Just In Time to be the hero, and end up as a de facto thought leader.

Have you done this? I’ve done this. But I’ve stopped. You should too.

Being In Love with an idea – a process, a position, a job – is not a bad thing on its face, but to a certain extent, it’s limiting. This level of enthusiasm can be off-putting in some cases, or at least can serve to distract you from the real goal of producing meaningful work.

An aspiring novelist In Love with writing will never think anything’s good enough to ship out the door and call finished. An aspiring life coach who buys so thoroughly into their own message of personal worth that they can’t stand to be slighted in any way will never land prominent speaking gigs.

To a certain degree, falling out of love with your aspirations, and continuing to strive for them, is one of the major signs of real maturation and personal progress.

Love is good. Blinded love, not so much.

I’ve been an internet marketer for three months. What do these things have in common? Transferrable skill.

Marketing is more than just snappy ads and writing copy. There’s a tracking aspect that doesn’t get enough credit, a necessity to know a space thoroughly enough to navigate any trouble that comes your way – just as there are in so many other fields. And I keep running into situations, especially doing SEO, where my knowledge of code and structure has proven valuable. I’m aware that sounds incredibly self-agrandizing, but consider this.

Knowledge of code in many forms is easily transferrable to internet marketing, the same way knowledge of building materials is transferrable to architecture. Designing any structure – whether it’s a website infrastructure or the framing of a building – benefits immensely from a studious approach to knowledge of your materials. Associated knowledge empowers you in a way few other personal or professional developments do, by lending perspective to your work.

Transferrable skill is not universal. Knowing a lot about dance isn’t going to help an architect. However, you’d be surprised what can be transferred – from a history of, say, retail one might take an intense knowledge of people and human behaviour and become a stellar salesperson, or get a psychology degree and use the unique perspective from behind the counter to help others understand mass behaviour. A history in accounting may be just what someone needs to tackle building a business from scratch – patience and tenacity.

Meaningful work comes in many forms. We don’t live in a culture where we are encouraged from any direction to have College graduation-to-retirement loyalty to a position, company or even field any longer. If the market, the culture, and your family and friends expect and accept that you’re liable to jump jobs every five or ten years, one of the best things you can do to serve yourself is develop not only a wide range of skills, but a widely usable range of skills.