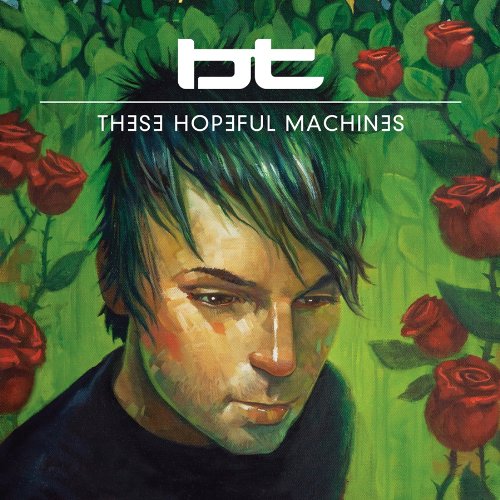 Normally, this much anticipation would sour the experience, but it doesn’t. Why? Because the state of technology, and BT’s involvement in it – and my interaction with his personal broadcast – adds so much value that it’s impossible to ignore, but doesn’t remain static enough to be disappointing.

I get excited about things. I’m also a big fan of BT’s – I’ve been listening to him for more than a decade, since before Movement in Still Life came out. Massive portions of The Dowager Shadow have been written while listening to his music, along with a very short list of others. So it’s perfectly natural that I’m also following him on Twitter, grabbed his Tumblr feed for Google Reader, and hit that damned Fan button on Facebook. You’d think I’m either stalking him, or that his feed would eventually overwhelm my needs, and I’d unsubscribe.

BT’s personal style is a perfect extension of his music. He’s a high energy guy, very inspired, moves with his feelings, and it shows. With that kind of genuine energy, how could you not be interested – if you’re already interested in his music?

BT’s been hyping the new album for well over six months. Rose of Jericho came out on iTunes in June of 2009, followed eventually by Every Other Way and Suddenly – and the album itself couldn’t come soon enough. True to his style, THM is a fantastic blend of natural music, super-produced lyric and assorted synthesized sound. There is of course the plethora of jump-beats and echoing, vocal overlay and stutter-editing. This stuff almost has to be taken as read; with six albums and countless other projects under his belt, BT without a stutter is like bread without grain. The technique itself has morphed from being a gimmick to being a form of procedural instrument. Shortly before the album dropped, BT even ran a contest on Facebook to see which fan could do the best imitation of the stutter edit. There’s nothing inherently surprising in THM as an album, but that doesn’t mean there’s nothing new.

Let’s not kid ourselves. Brian Transeau is a geeky dude. This is a geeky album. But with his background in orchestral composition, the numerous film scores he’s produced, and his long history of working with other similarly stunning artists, you can’t expect anything to be as simple as “just another album from a great musician” – there’s always more than meets the ears here. No stranger to collaboration, this album features some giants; Jes Breiden, Rob Dickinson, and even Stewart Copeland from The Police to name some of the top ones I recognized. One of Transeau’s great strengths is his ability to use not just instruments, but people, as part of composition. Voices can produce lyric music, but the edit and blend techniques BT applies are stunning, especially in the album’s leading tune, Suddenly, with Christian Burns playing digital beat box beautifully.

So what does this have to do with anticipation?

One of the things I love about BT’s music – something any DJ worth his decks loves – is the breathtaking buildups he’s known for. One of his classics, Flaming June, has one of the best and most played buildups in electronica, second in recognition only, but not back by much, to Energy 52’s Cafe Del Mar. Track 2 of THM, The Emergency, has one of this stunning buildups which sees BT himself layered in standard SATB chorale combination. Again, digital tools providing an entirely new way to make music.

But this is about the wait, right?

If you’re looking, you can see the build-ups in BT’s manner. Everything from a thirty second spot for Facebook fans, right through the twelve minute long epic that is track 7 on disc 1, A Million Stars. He’s the absolute master of suspense-in-motion.

Why else release Rose of Jericho eight months before its album, with no hints about the album itself?

Why else spend countless hours on Twitter, Facebook, Tumblr and who knows where else building hype and interest and energy?

Why else invest all of this time instigating a near riot that drove These Hopeful Machines to spot #8 on the iTunes chart within two hours of the album’s launch?

Because – and this is true for everyone, so pay attention if you want to do this right – the end is worth it. That hour and a half I just spent listening to These Hopeful Machines was worth every penny I dropped into Apple’s – and by extension BT’s – pockets for it. And every letter of this blog entry. And every moment of your time reading it.

Anticipation always worth it when the pay off is this good.

Go buy the album. Maybe we can wait together for the next one.